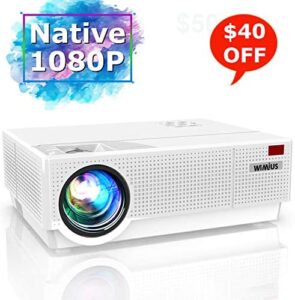 WiMiUS has been in projector field for more than 10 years. In order to develop a better native 1080P projector for consumers, we recruited domestic top projector expert and have spent millions of money in our R & D department. After months of hard work, we released WiMiUS P28 projector.

1. High Brightness—With 7000 lumens brightness, it is 10% brighter than other 6800 lumens projectors on amazon.

4. Great picture color—The color temperature is based on thousands of consumer’s preference. It will bring you very vivid and nature color.

This projector has 2 HDMI inputs, 2 USB inputs, 1 VGA input, 1 AV output, 1 Audio output. You can connect it with many devices:

P.S: If you stand nearby the projector, the fan noise can be heard. We suggest stand 1 meter away from it.

Brightness is the core of a projector. This 3 LCD projector has both high white brightness and high color brightness, which delivers a bright image with richer, natural color. PS: We don’t recommend to use it in bright environment. Please use it in dark room.

Are you bored with 60 inches small TV screen? Did you ever think about creating a cinema at home with? Yes. WiMiUS P28 is coming to serve for you.

Equipped with the Dual HiFi stereo speaker with a SRS sound system, WiMiUS projectors can bring you an excellent listening experience without external speakers. You can also connect an external speaker to this projector for a better sound quality according to your needs

Many movies are with dolby because dolby will make the sound much better. 95% LED projectors don’t support it. So there’s no sound when playing dolby movies. In order to create a real 4K home cinema experience, we built in dolby for this projector.

1. What’s the differences between WiMiUS P28 and BenQ 3600 Lumens projector?

A: WiMiUS P28 is LED projector, mainly for home entertainment. Not suitable for class room. BenQ is DLP projector. It’s much more expensive than ours. And it’s mainly for business use.

2. Is it suitable for very bright room?

A: With 7000 lumens, we could say it’s the brightest LED projector on amazon. But all LED projectors are not suitable for bright room. It can be used in dark or semi-dark environment.

A: Yes. It can support 4K movies. But on the condition that when the projector connected with smartphones or PCs.

5. Focus only works for portions of the projection.Cannot read text at top and bottom if center is focused.

A: For all projectors under USD300, they all have this issue. Only 90% of the screen would in good focus.

7000 LUMENS HD PROJECTOR AND ONE-KEY BRIGHTEN FUNCTION: We adopted brand new Optical Machine, which greatly improved the brightness of the projector to 7000 lumens (1000 ansi lumens). 30% brighter than 6000 lumens led projectors. What’s more, this smart home theater projector has one-key image brighten function which all other projector don’t have. With this function, the brightness of the projector would improved by 20%. Enjoy quality image even with a little light on.
TRUE NATIVE 1080P PROJECVTOR AND 10000:1 CONTRAST RATIO: This TV projector with real native resolution 1920*1080 ( 80% other brand only support 1080P). It can also support 4K video when connecting with Smartphone and PC. Be built in with quiver MEMC, the supported frame rate of this LCD projector is increased to 1080P 30Hz. 10000:1 highest contrast ratio will bring more color level the projector can display, thus the image will be more vivid. P.S: Don’t buy from fake seller “Radburn Rab”.
HIFI SPEAKER SUPPORT DOLBY AND ±50°KEYSTONE CORRECTION: It has dual internal 10W Hi-Fi speakers, which will produce stereo , clear and loud sound. No external speaker needed. Moreover, the ±50°vertical and horizontal keystone correction make the projector suitable for both Slanting projection and upright projection. No matter where you put the projector, you could always get rectangle clear images.
OTHER ADVANTAGES OF THIS NEW RELEASED PROJECTOR: 50-300 inches projection size with 1.5-7m projection distance. 100% to 75% zoom out function. Multiple connection: PC, DVD player, PS4, Fire TV stick, Chromecast, USB, smartphones ( additional HDMI adapter is needed). Non-direct light source will protect your eyes better. Best cooling system will exhaust the inner heat timely to longer the lifttime of the projector. Suitable for both indoor and outdoor use.
100,000 HOURS LED LAMP AND LEADING SERVICE: Are you worrying about the projector stop working after one year? Are you waiting for the response from the seller more than one week? With WiMiUS P28 projector, say goodbye to these Dilemmas. The projector can work about 100,000 hours (at least 10 years). And you’ll get satisfied solutions for any issues within 24 hours.
$279.99

There are no reviews yet. 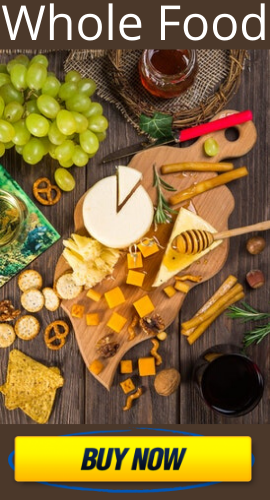